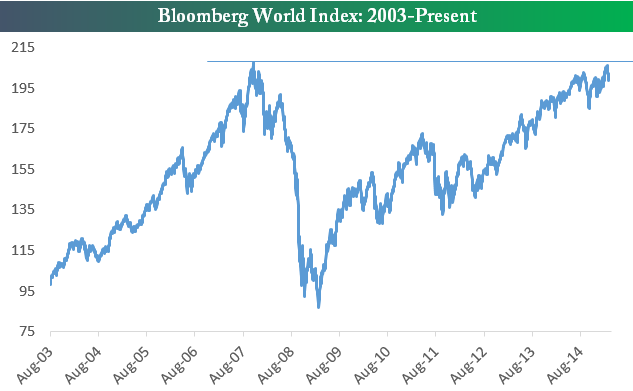 There are a number of different Global stock indexes you can look into when trying to find out what to invest in. These include the Dow Jones Industrial Average, the S&P 500, and the FTSE 100, among others. If you’re looking for some ways to hedge your bets, you can also turn to gold, as a popular investment.

Dow Jones Industrial Average is one of the most famous stock indexes in the world. The index is an average of the prices of 30 blue-chip stocks. It also is a good indicator of the state of the stock market.

When the DJIA was first introduced in 1896, the number of companies was relatively low. At the time, the average stock price was not the most reliable indicator of the state of the market.

The S&P 500 is an index of the largest companies in the United States. These companies include manufacturers, technology companies, banks, and other large U.S. businesses. This index is a good gauge of the US economy, but it’s not an investment.

To qualify for inclusion in the S&P 500, a company must be based in the United States, meet a certain number of criteria, and have an unadjusted market cap of at least $13.1 billion. Companies with larger market caps tend to weight more heavily than smaller ones, and this affects the overall index.

The index is considered the best gauge of the United States equities market, but its accuracy is not guaranteed. Rather, it is a proxy for the US stock market and is offered by many mutual funds and financial institutions.

The DAX Global stock index is one of the most widely used equity indices worldwide. It is an underlying for many financial products. In addition, it serves as a proxy for market conditions in Germany.

DAX constituents are large multinational companies that have high global significance. They must meet certain criteria, including operating headquarters in Germany, a minimum free float of 10%, and a turnover rate of at least 10%.

The FTSE 100 is an index of stocks listed on the London Stock Exchange. The index is widely used in Europe and is considered a good indicator of the UK economy.

Although the FTSE 100 is a useful indicator of the health of the UK economy, it does not always represent the best investment choice. If you are interested in making an investment, you should seek a qualified investment advisor.

The FTSE 100 index is calculated by weighing all the stocks in the index according to their market capitalization. This is a simple calculation that multiplies the current share price of a company by the number of outstanding shares. Typically, the largest companies have a greater impact on the index’s performance.

The S&P 500 is one of the leading stock indexes in the United States. It represents the performance of the 30 largest traded companies. If you are looking to build a balanced portfolio, you might consider investing half of your funds in this ETF.

Another popular large-cap index is the Dow Jones Industrial Average, which tracks the performance of the 30 highest-valued listed companies. In the UK, the Financial Times Stock Exchange 100 Index is a popular proxy for the British stock market.

Gold as a hedge

Often touted as the ultimate hedge against inflation, gold has been a good investment in times of market turmoil. But how effective is it?

Inflation has been on the rise in most developed nations. The consumer price index (CPI) grew at an average of 6.8% per year since 2008. This is more than double the rate of the last decade.

There are several forms of inflation protection available. These include financial assets such as bonds, real estate investment trusts (REITs) and commodities. However, it is often hard to distinguish the best from the rest.

In general, gold is a poor choice as an inflation hedge. Its record as such is spotty.