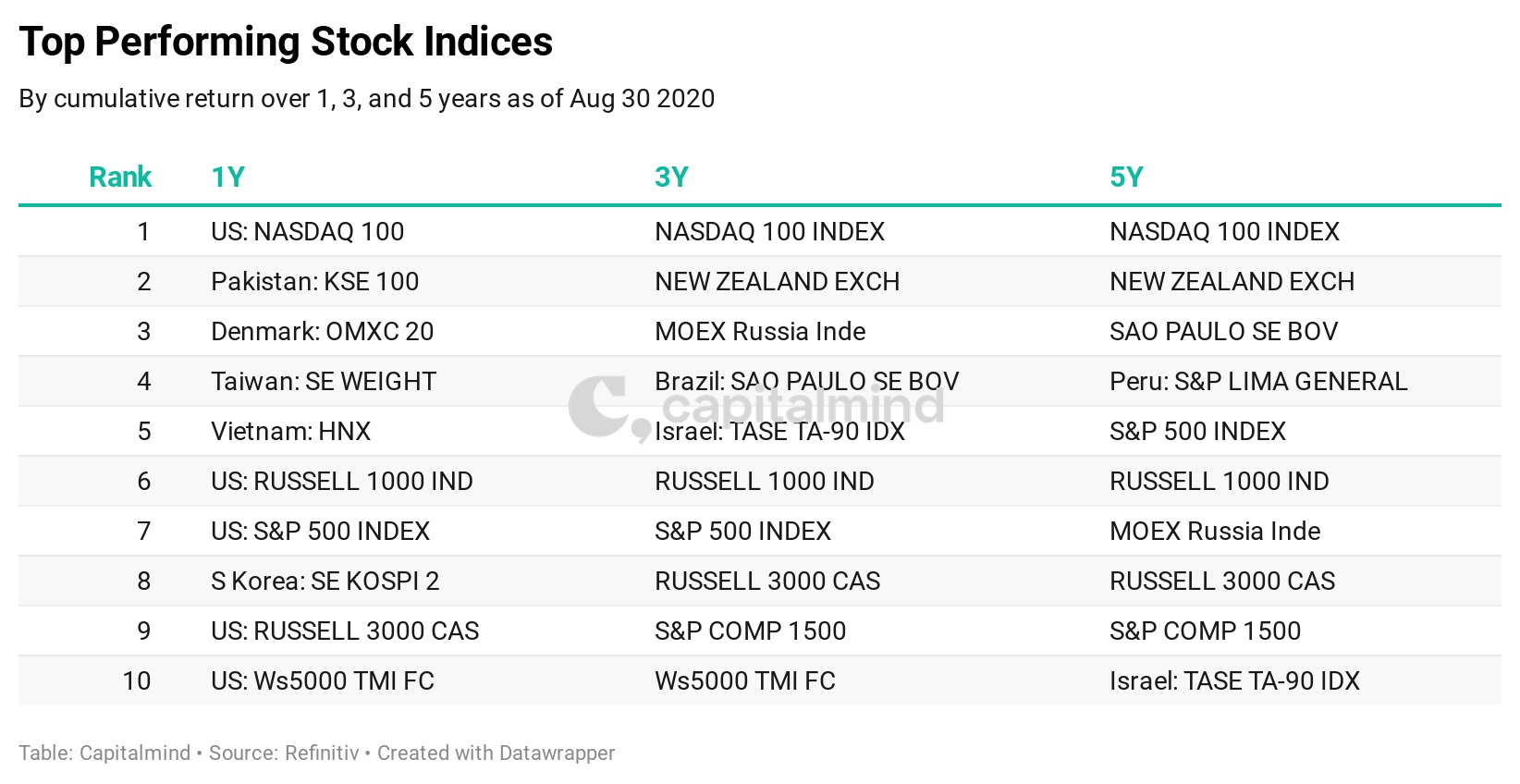 If you’re interested in the stock market, you probably know that there are several major global stock indexes, including the Dow Jones Industrial Average, Nasdaq 100, and the MSCI World Equity Index. These are important to follow, since they are the primary indicator of the strength of the world’s economy.

The MSCI world equity index rose 0.04% on Tuesday, a tenth of a percent after hovering just below five-week highs the previous session. International investors were encouraged by progress in trade negotiations and a broader easing of central bank monetary policy. However, geopolitical concerns and subdued economic growth tempered returns.

While the United States remains the center of much of the economic optimism, a slowing global economy and ongoing political uncertainty weighed on returns. Inflation pressures continued to be a concern. Meanwhile, continued strength in the dollar caused difficulties for emerging markets that issue debt in the US.

As a result, emerging markets underperformed developed markets in the third quarter. The US and China reopened trade negotiations, but the pace of talks was slow and the two countries had yet to meet to agree on the scope of future action. Trade tensions also continued to affect the Chinese market.

The Dow Jones Industrial Average (DJIA) is a blue-chip stock index. It tracks the 30 largest publicly owned companies in the United States. Founded by Charles Dow in 1896, it serves as an indicator of the health of the overall U.S. economy.

Although the DJIA is a useful indicator of the state of the economy, its weighting of stocks and sectors has a tendency to skew cyclical. This is not to say that it does not represent a solid benchmark for investors looking to make a good investment. However, investors should be prepared for volatility.

For starters, the DJIA does not have a large number of components. It is a rather short list of leading blue chip companies. Some of the names that can be found within its confines are General Electric, ExxonMobil, AT&T, IBM, Nike, and Wal-Mart.

The Nasdaq-100 is the world’s premier large-cap growth index. It includes the world’s top 100 non-financial companies, which include some of the most innovative companies in all industries.

Nasdaq-100 is a market capitalization-weighted index, which means that stocks are weighted based on the total market value of their shares. As a result, it is a narrower index, and is more heavily weighted toward the technology industry.

In recent years, the NASDAQ-100 Index has benefited from the tech sector’s growth. The technology sector makes up 56% of the index’s weight.

In addition to technology, the Nasdaq-100 includes consumer services such as retailers, restaurants, and travel services. Consumer services companies account for about a quarter of the weight of the index.

There is no evidence of strong autocorrelation in European stock markets. Instead, index returns are influenced by both large and small fluctuations.

In order to understand the dynamics of financial integration across European stock markets, researchers have to assess the correlation and persistence of market data. The study analyzes data from 11 world stock market indices. It also examines emerging Central and Eastern European markets.

A panel data method is used to gather data from 14 European stock markets. After that, the results are validated using cointegration analysis. Moreover, the study has robustness analysis for the entire sample.

The results show that the dynamics of integration in European stock markets have become more prominent after the CEE-3 EU accession in 2004. This is a result of high cross-market correlations and financial integration.

Gold is a great example of an asset that is highly valued, but can be a bit risky to invest in. As such, it is often used as an insurance policy in times of volatility or uncertainty.

While there is no such thing as an absolute best time to buy or sell gold, there are certain ways to maximize your portfolio’s gold exposure. In addition to purchasing it in physical form, you can also invest in it through an exchange-traded fund or a security.

The gold market is huge. There are several exchanges and trading venues. Some of the most important include the Tokyo Commodity Exchange, the New York Mercantile Exchange and the London Bullion Market.

The COVID-19 pandemic shattered the lives of millions of people around the world, affecting the financial systems of several countries. It was one of the deadliest pandemics in recent history. Despite the impact of the virus, US markets recovered faster than those of other nations.

After the COVID-19 virus first emerged in Wuhan city in China in December of 2019, it rapidly spread to all parts of the world. It is estimated that at least 2 million people have died from the outbreak. Many economies have suffered significant economic contractions, with some shrinking by up to a quarter of their GDP.

Several economic sectors were affected, including oil and tourism. Supply chains and production were disrupted across the globe. As a result, demand for oil decreased. Some of the most impacted countries included Brazil, Russia, and India.